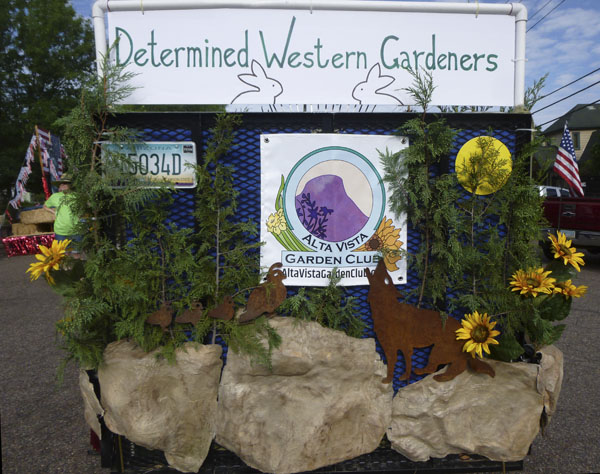 The AVGC Fourth of July float included not only flowers, but also javelina, deer and bunnies munching on the garden. Snakes and lizards, along with a coyote and quail family represented the wildlife of our highland environment. The rocks were created out of plaster cloth placed on rocks in Christine and Dianne’s gardens. Christine painted them to look like real rocks. 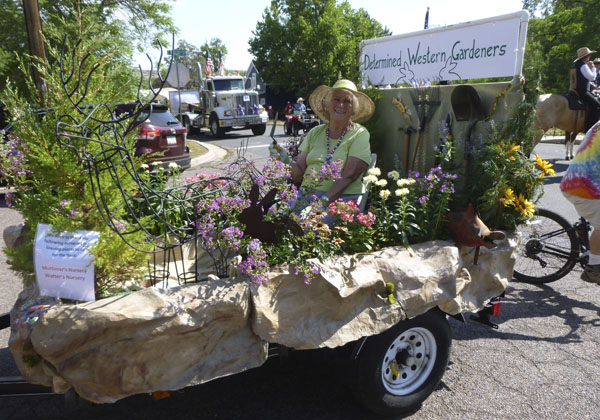 Christine borrowed the shrubs from Mortimer’s and the plants from Watters to create the beautiful float. Linda created the sign.Christine, Holly, Cheryl and Dianne assembled the float in Herdis’ side yard. 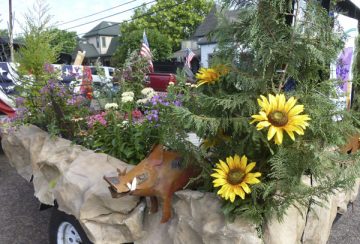 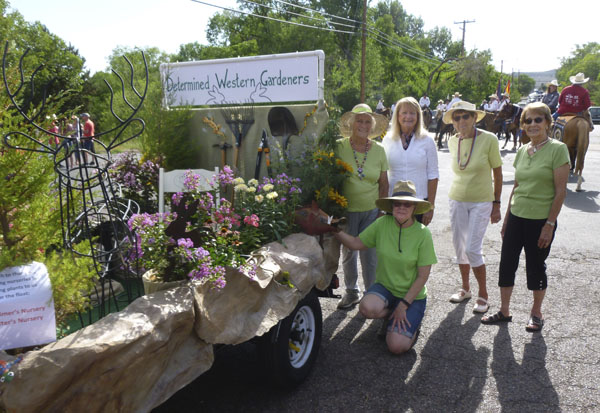 Thank you to all who contributed to making this a success — Christine (Chair), Dianne, Cheryl & Jim, Holly, Julie, Linda, Renie, Herdis, Karen and Toni. The group rounded up all the critters for the float with Cheryl adding the snakes. Look close for the lizard. The pickax is a perfect addition!  There were lots and  lots of comments about the float as it rolled down the parade route with Driver Jim navigating the route.